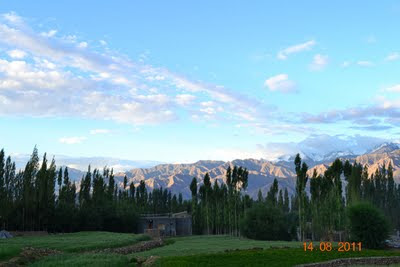 Juley!
The monsoon regained strength in the first week of August. Heavy sustained rain braced the City of Joy. My day of departure for Delhi neared but the rain didn’t show the sign of subsidence. Preparatory shopping became painful.
On eleventh, I left office early afternoon. The sky was overcast but fortunately it didn’t rain. I rushed to my apartment, picked up the packed rucksack and set out for the airport. The Taxi driver overcharged me, as they normally do for airport or railway station drops. But I reached quite ahead of time. The SpiceJet flight was one and half-hours late.
Read more »
Posted by Avik Saha at 8:50 PM 4 comments: